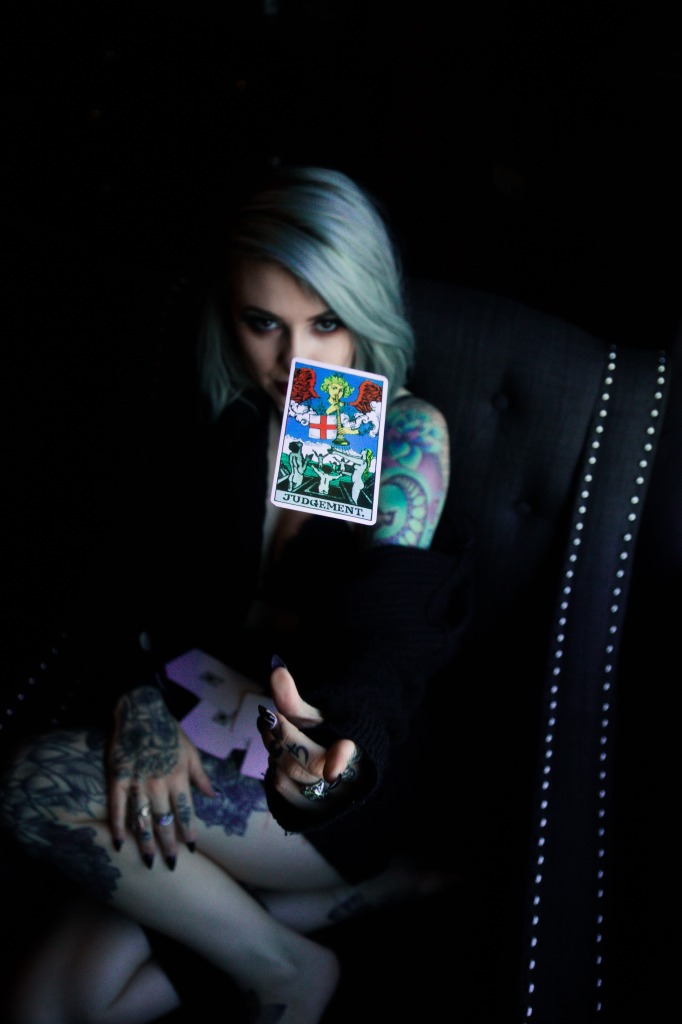 The streetlights were on, shining palely on the colorless pavement. Taxis rushed by Jeremy while he walked down the darkened street just as he always did after getting off the subway. It was well past seven and the commute rush had subsided over an hour ago.

He gripped his briefcase tight, thinking about the things he needed to accomplish tomorrow. If his partner knew what dedication was, she would’ve stayed to help him get the financial research done. But apparently, her family required her lazy smile for dinner. These were the kinds of excuses people made to cover their incompetence.

Jeremy swept his hand over the breast of his suit, freeing a wisp of lint. He hurried to catch the signal so he could cross the street and avoid waiting outside the bistro all of the millennials flocked to with their tattoos and strange colored hair. He imagined they all worked in bookstores and made money off their blogs, or vlogs, or whatever it was they did these days. They were the sort who didn’t know what a long day of hard work felt like.

Moisture hung in the air, and the smell of wet pavement filled his lungs. He glanced up at the clouds in the night sky, trying to beat the storm home. He only had to go a few more blocks until his doorman would welcome him in. Jeremy hoped the cleaning lady had actually taken care of the stains on the carpet beside his door. He’d left a note for the second time, demanding she do a proper job. He wasn’t paying her to spray something on it and hope for the best. But he supposed that was why he made a higher salary than her—skill and knowledge were worth something.

A deep rumble echoed down the street. It reverberated off the concrete and rattled up Jeremy’s spine through his feet. Droplets smacked against the sidewalk and the top of his head. Rain began to pelt full force onto the city below. He quickened his step, the sound of his leather soles slapping the cement was lost in the all-consuming roar.

A bright bolt of lightning struck a street sign and everything went silent. It felt as if the air itself pounded against his eardrums and chest. Jeremy slid to a stop, panting, his eyes wide. He stumbled away from the street and threw himself against the cold brick wall beside him. The bright glow of a neon sign turned his gray suit red. His ragged breathing tore at his throat, and he reached for the doorknob near his hand and quickly darted into the shop.

He stood dripping on the entry rug, gazing outside at the torrential storm when a woman’s voice greeted him. “That was close.”

“What?” he said, turning to find its source.

He was standing in a dimly lit shop he’d never been in before. Beaded strands hung from the ceiling and crystals sat on shelves. The smell of some sort of herb or flower filled the air, causing him to cough reflexively. A tattooed woman walked up to him and flashed a ruby-lipped smile. Her hair was the color of the Mediterranean Sea, and she was very surly half his age.

“Come sit.” She took hold of his sleeve and led him to a padded chair that smelled of his youth.

“No, I need to get home.” He tried to resist, but she was far stronger than he expected. He fell back into the seat, and she flashed him another smile. In her hands were the largest cards he’d ever seen. She was shuffling them effortlessly.

She fanned them out before him and said, “Pick one.”

Jeremy pressed his hands against the chair to get up, but she lowered the cards close to his face, winked at him, and said, “Just something to pass the time until it’s safe outside. No charge—just pick one.”

In order to leave, he decided to appease her and lifted his hand. “Fine.”

His fingers danced along the smooth cards until he stopped and pinched one in his grasp. As he gave it a tug, an image filled his head. He saw his cleaning woman reading the note he’d left on the counter and the pained expression on her face. He watched her hunch on her hands and knees, scrubbing away at his carpet. Realizing the stain was still there, she grabbed her purse and coat and left the building to hurry to the closest market. She stooped to gather various supplies and took them to the register. She held out a single twenty-dollar bill to the clerk. Her change was dropped into her waiting palm, which she counted quietly. With a sad smile, she deposited it in her pocket and returned to the apartment.

Though she kept checking the clock on the wall, she continued to scrub and work on the discolored stain on the carpet. Finally, she straightened with her hand at the low of her back and cleaned the remainder of his place. She collected her buckets of supplies and walked street after street to get to the bus stop and was taken across town. With a smile affixed to her face, she nodded at the people she passed until she walked up the front steps of her own tiny apartment.

When she walked through the door, voices greeted her, “Momma! Did you bring home dinner?”

Another sad, creased smile touched her lips, and she answered, “Not tonight. Not until payday.”

The cleaning woman answered, “Because a job isn’t done unless it’s done right.”

The vision faded from Jeremy’s mind, and he was left holding a card in his hands. A single word filled him with shame. Judgment.

The rain had stopped, and he was standing out on the sidewalk. He tilted his head back to stare at the cloudless sky. Jeremy glanced back at the shop and was surprised to discover the windows covered with newspaper and that the door was locked.

He looked at the card in his hand, frowned and put it in his pocket.