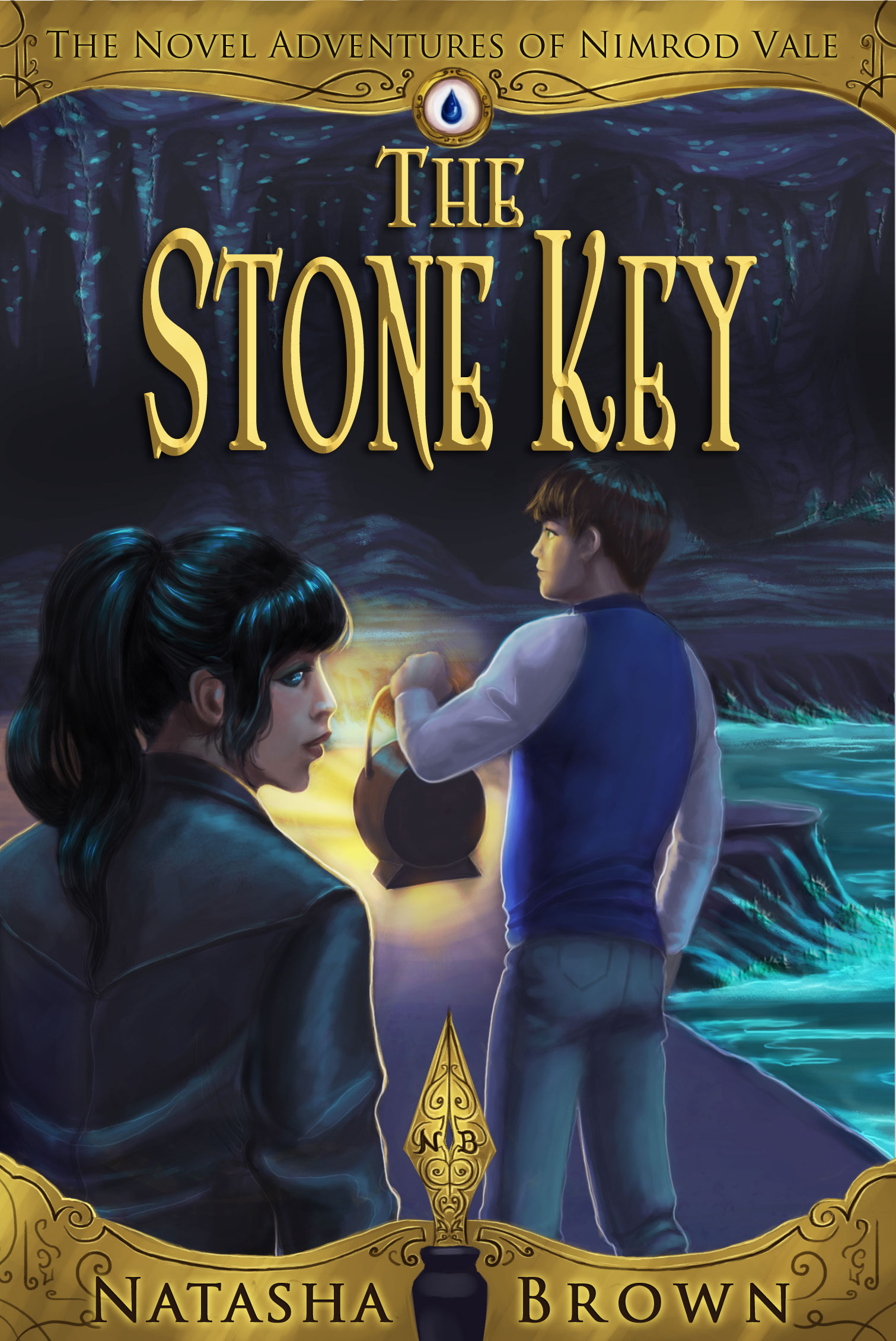 The Stone Key: The Novel Adventures of Nimrod Vale #2

Nimrod Vale used to think he was the unluckiest kid alive. His mother’s death seemed proof enough of that. But, since discovering his grandpa’s magical fountain pen and its ability to transport him into handwritten stories, he’s had other things on his mind. Like the fact that his grandpa disappeared without a trace three years ago. Nim suspects his grandpa is still alive, but trapped in one of his own fables.

With the help of his constant companion, the ever-talkative Pepper, Nim plans to enter his first story. When Pepper doesn’t show up, he decides to start the quest without her. Alone in a fantasy world that seems perfect at first, Nim finds nothing but dead ends. If he wants to discover any trace of his grandpa, he’ll need courage and the support of a friend—even if that friend isn’t talking to him anymore.