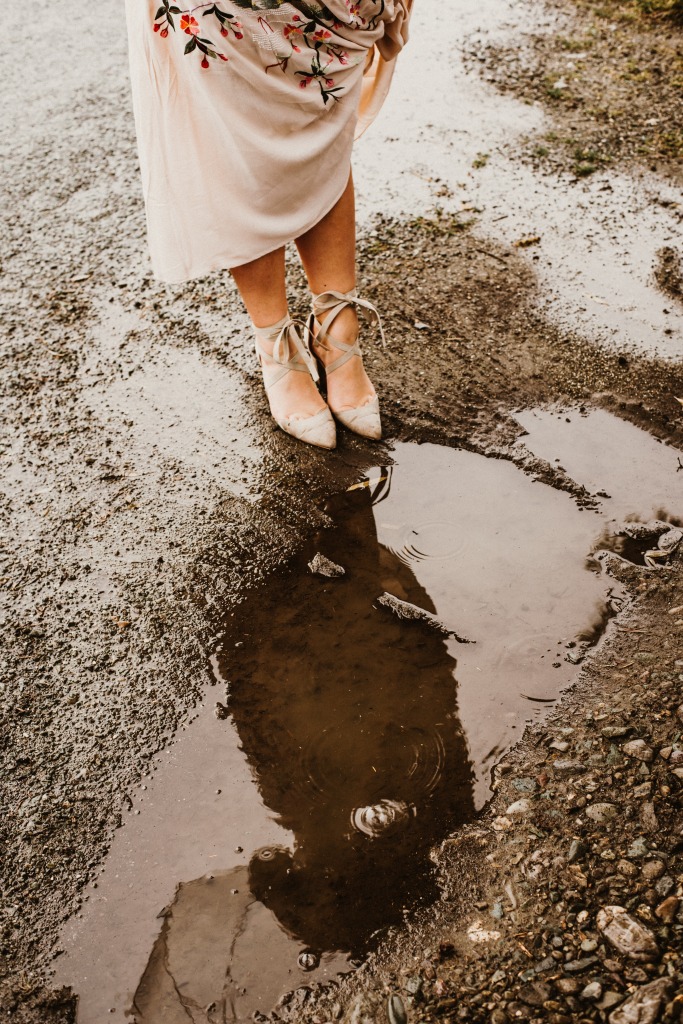 Trapped that’s what she was.

He’d told her countless times not to sit by the window where people could see her. If she wanted to look at the sky and watch the neighborhood comings and goings, she should do so from two feet back. She was his treasure, not to be shared with anyone else.

The groceries were to be delivered, he’d told her following their marriage because he didn’t want her troubled with such trivial things. And of course, no one was to enter their home unless he was there, so she wasn’t taken advantage of or put in an uncomfortable situation. It was his job to take care of her, after all.

Her job was to please him. A tedious and nerve-racking task. New frustrations always surfaced once she’d soothed him from his last episode, which is what she referred to his rage-filled breakdowns when he’d pound anything near like a storm against the shore just to test if she was there to meet him. And she always was.

She stepped out of the house on a rainy day, alone. No patch of blue was visible through the gray, cloudy mantle. She was wearing the clothes he’d picked out for her as her footsteps clicked on the sidewalk. Rather than placing the roast in the oven, she went outside and took a deep breath before heading north.

Without a thought in her mind, excepting the words, “Not one more minute,” she walked on. Her water laden hair hung over her eyes. She blinked the rain from her view and kept going. That is, until the enormous muddy puddle.

His precious treasure stared at her rippling reflection, and the sounds around her were silenced while blurry shapes came into focus. Her saddened, emotionless face had disappeared, and the countenance of a young girl beckoning to her. She cocked her head and leaned closer.

The young woman laughed at her playfully and gestured once more.

She thought the girl looked familiar, like she’d known her in another lifetime. The toe of her shoe slid forward, touching the ocher puddle. Ripples cast out, unable to disturb the face of the waving young lady.

“Not one more minute,” she whispered at the watery looking glass and stepped forward.

She plunged through the sidewalk as if she were diving through the deep end of a pool. Bubbles traced up the length of her body and water wrapped her it its embrace. Seconds passed, and the air in her lungs lifted her skyward. Her head broke the surface while she sputtered and flailed.

She opened her eyes and found herself in the warmth of the sun on the shores of a lake. A bathing suit barely covered her youthful body. Water splashed over her head and her own giggles filled her ears. She straightened and rose to her feet, sending rivulets down her unblemished skin.

“Time for lunch, sweetheart,” a familiar voice called, causing her to turn around to find its source.

She could barely breathe. A face she hadn’t laid eyes on since her youth peered back at her with warmth and love. A woman who’d never made it out alive from her own marriage, who had always been there to meet her husband’s fury until it was too late.

A gentle breeze stirred, raising goosebumps on her youthful body. She hurried up to the smiling woman and took hold of her hand. “C’mon, Momma. Not one more minute.”