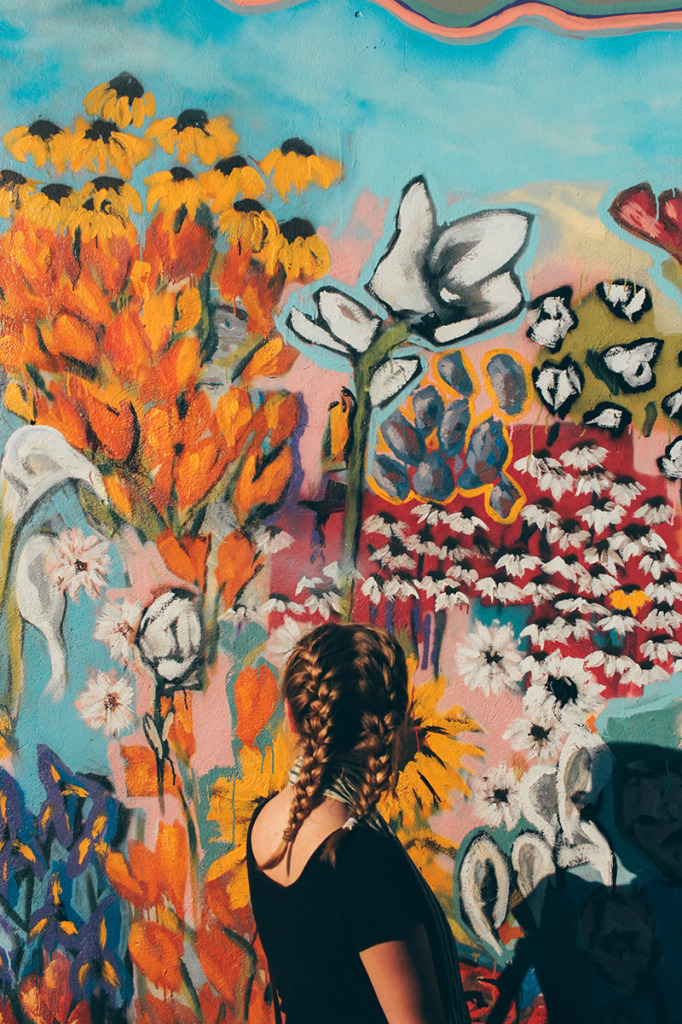 What’s in Your Heart by Natasha Brown

The sounds from the street filled the air: tires on pavement, engines whirring and music pouring from open windows. Everything was as it always was, except today was different. Kara was on her way to the hospital. She’d known it was coming. Her surgery. The doctors had warned her a month ago that she needed it. Her heart couldn’t wait any longer.

Kara’s father pulled up beside the sidewalk outside their city apartment and hollered at her through the open window, “C’mon sweetie. It’s time to go. We can’t be late.”

Kara got in and shut the door, sealing herself inside the sedan. She buckled up and stared out the window at the gray buildings they drove past. The starless sky was dark. It was so early the sun hadn’t yet crowned the concrete horizon. She was too nervous to speak, but that didn’t matter. Her father filled the quiet with his voice.

Kara wasn’t really listening. She was fixated on the answerless questions floating through her head. When she woke up from her surgery, would she be in pain? Would her scar be visible when she wore her favorite V-neck? And would she limited to a life of boredom when she grew up?

Numbness overtook her senses as her father checked her into the hospital, and she was prepped in preop. From there, the sedation took over, and her thoughts quieted until the sound of medical machines beeping filled her silent vacuum.

Kara cracked her eyes and blinked at her surroundings.

She rolled her head on her pillow to find who’d spoken. A young man was standing just inside the doorway. He gave her a smile as he went to pull up the window blinds, letting in the afternoon light. “Did you have to pay for this view?”

Kara squinted at the gray building he was gesturing at. The only touch of color she could see was the patch of blue sky visible above the angular architecture. She returned her gaze to the stranger. He didn’t seem to be joking. She cleared her throat, which was sore from the breathing tube and rasped, “What are you talking about?”

He pointed at the side of the building visible from her window. “I see the ocean. There’s white sandy beaches and palm trees. I can almost smell the sea and feel the breeze on my face.”

Kara frowned. This guy, albeit pleasant, was totally nuts. Did they let just anyone work in the recovery ward? She adjusted her blanket over her abdomen, sensing the painful ache in her chest.

“What do you see?” He came to stand beside her at the bed and narrowed his eyes at the window. “What’s in your heart?”

The young man’s green eyes turned to her, and he shook his head. “Now, that’s not true. C’mon, what do you see?”

Kara remembered the cottage her father took her to when she was only ten and they had visited family so far away, it had taken a plane and a long car ride to get there. The hum of bees filled the air as they busied themselves with too many bright flowers to visit in one season. She’d pictured herself from another time and place. She’d imagined amazing things in her future. But it was a long time ago.

He rested his hand on her shoulder so softly, she wasn’t sure he’d actually touched her. She closed her eyes, feeling exhaustion come over her. When she lifted her lids again, he’d gone.

Kara woke from the sound of her father’s voice. She yawned and moved her arms. A dull ache radiated from her sternum, and she closed her eyes momentarily to grit her teeth.

“There’s my sunflower.” Her father left the doctor’s side to sit on the edge of her bed. “How are you feeling, kiddo?”

She didn’t answer. She only stared back at him with a blank expression.

“It’ll get better. I can get you some more pain meds,” the doctor said and waved down a nurse.

Kara sighed and looked out the window. Bright bursts of color camouflaged the exterior of the gray building outside. Flowers of every shape and hue covered the architecture. Through the wildflower garden, she could even see a cottage depicted in the distance. Her breath caught in her throat. It was exactly as she remembered it.

The doctor followed her gaze and frowned, saying to the nurse, “When did they paint that? It’s a sight better than before. Makes for a good view.”

Kara turned to them. “The guy who was here earlier…”

The nurse patted her arm and said sympathetically, “Oh, sweetie. No one’s been in to see you until now. I’ve been just across from you at the nurse’s station this whole time.”

“Oh.” Kara frowned and returned her focus to the mural out her window.

The sounds of honeybees hummed in her ears, and the fragrance of sun kissed irises, daisies and roses filled her nostrils, bringing a gentle smile to her lips.